By this point, I think it is safe to presume that everyone who is interested has seen the JAG report on the Anasazi Incident. It is posted both on our forums and Facebook page. I won’t be discussing the specifics here, just the broad nature of events that led to that outcome.

In the broadest strokes, three members who felt ill-treated by their Fleet attempted to force their chapter out of that Fleet. That failed, and all three are no longer in the organization.

My concern with this event is that things got to the point where a mutiny (of sorts) was seen as the best, or only, option. That is never the best option. We may be, at the core, a really large book club, but we all agreed to a set of ideas when we joined.

Chief of those is the right to be heard by higher-ups in the organization. And because those in leadership, as humans, can be the problem, we also established the right (duty, even) to elevate any complaints above the immediate chain of command, when those people are the issue. There is also a JAG office that can be used to seek relief or redress of grievances.

In short, we have a lot of options.

Not only is ‘no retribution’ TRMN’s policy, it is mine as well. If you have an issue with something or someone in leadership, I urge you to never hesitate to bring it to the next level. As big as Second Fleet is, you are never more than 5 layers from the Fleet CO. And that puts you 7 layers from the FLA.

It’s a short chain. While I would ask, and expect, that it is used to the best of your ability, I know that sometimes is tough. I am always open to hear what is happening in the Fleet, and not only available, but want to know what’s happening.

I have said that if I can be half the CO John Neitz was, I’ll be happy. In order to get there, I need to be aware of what is going on – the good, the bad, and the ugly.

Please know, my email is always open, and is not a redirect – the gryphonfleet.org is a direct line to me. If there is an issue with me, or any other leaders, a perception of an issue, or even a concern about things, I am here, and want to help.

The ability to communicate concerns and problems is key in remaining Second To None!

Congratulations to VADM John Neitz on his appointment to the position of Wiki Manager! VADM Neitz is charged with the overall execution of Wiki Policy and direct management of the Wiki Editing Team and Project Leads.

Welcome and congratulations to the new command team for MARDET Valkyrie!

Thank you, First Lieutenant Vernon McIntosh, for all you have done as Commanding Officer, MARDET Valkyrie. You stand relieved.

All remaining billets and ranks to remain the same.

Congratulations also on the following brevets:

Captain Hellendrung, the Guidon is passed to you.

Welcome and congratulations to the new command team for HMS Invincible!

I am pleased to not only welcome CAPTJG Sir Richard Matheny to the fleet, but also on his appointment as CO, HMS Invincible!

It is also a pleasure to announce that CAPTSG Lady Dame Elisa Randall, Countess New Cumbria will be assigned as Executive Officer.

The Fleet as a whole, and myself in particular, wish to express appreciation and thanks to Captain (SG) Salsberg, and Commander Petersen, for their service as Commanding Officer and Executive Officer respectively, especially in the past few months as we tried to secure their relief. Thank you.

This is a reminder that your Chapter and MarDet reports are due between December 1st and December 10th. One thing I found amazingly helpful when filling them out was to use an online document (Google Docs, Word Online) to keep things organized as they happened. Then, when the reporting month hit, I could just copy and paste them into the reports form, and be done. No trying to remember what happened two months ago at the last minute!

Marines – you now have a new online form to fill out for Bi-Monthly reports. The link is below. It will send the reports to your command triad, your Ship’s CO and to ComForceCom. Please use this form to send in your report that is due on June 5th.

With the change in command, the following Fleet positions are open, and in need of filling:

This is a Commodore (F1) position.

The DCO is there to serve as a backstop for the CO, and take over in the event of the CO’s absence.

In practical matters, the DCO will serve as the filter for the CO – handling issues that may arise, as possible, and keeping the CO informed when issues do arise. This position is, hopefully, a .5 ‘hat’ position, but may rise to be a full ‘hat’, as regards the 2 Hat Rule.

Th Chief of Staff is also a layer of problem solver between the CO and the several ships. The CoS is also the leader of the staff officers, and may be considered as their immediate supervisor. Duties include making sure that reports are tracked and in on time, handling issues that arise in the staff, and generally keeping everything straight with the fleet staff.

Please note that all rank requirements must be tested to in order to receive appointment to the position.

Each poster is available in 11 x 17 as a form-fillable PDF. Just enter your specific details, and your customized Blood Drive flyer is ready to go!

I want to thank SMAJ Brad Handley, MARDET Ajax, for spearheading the project, coming up with the idea and providing excellent suggestions on changes to the design. There is a ready-to-use version linked below: 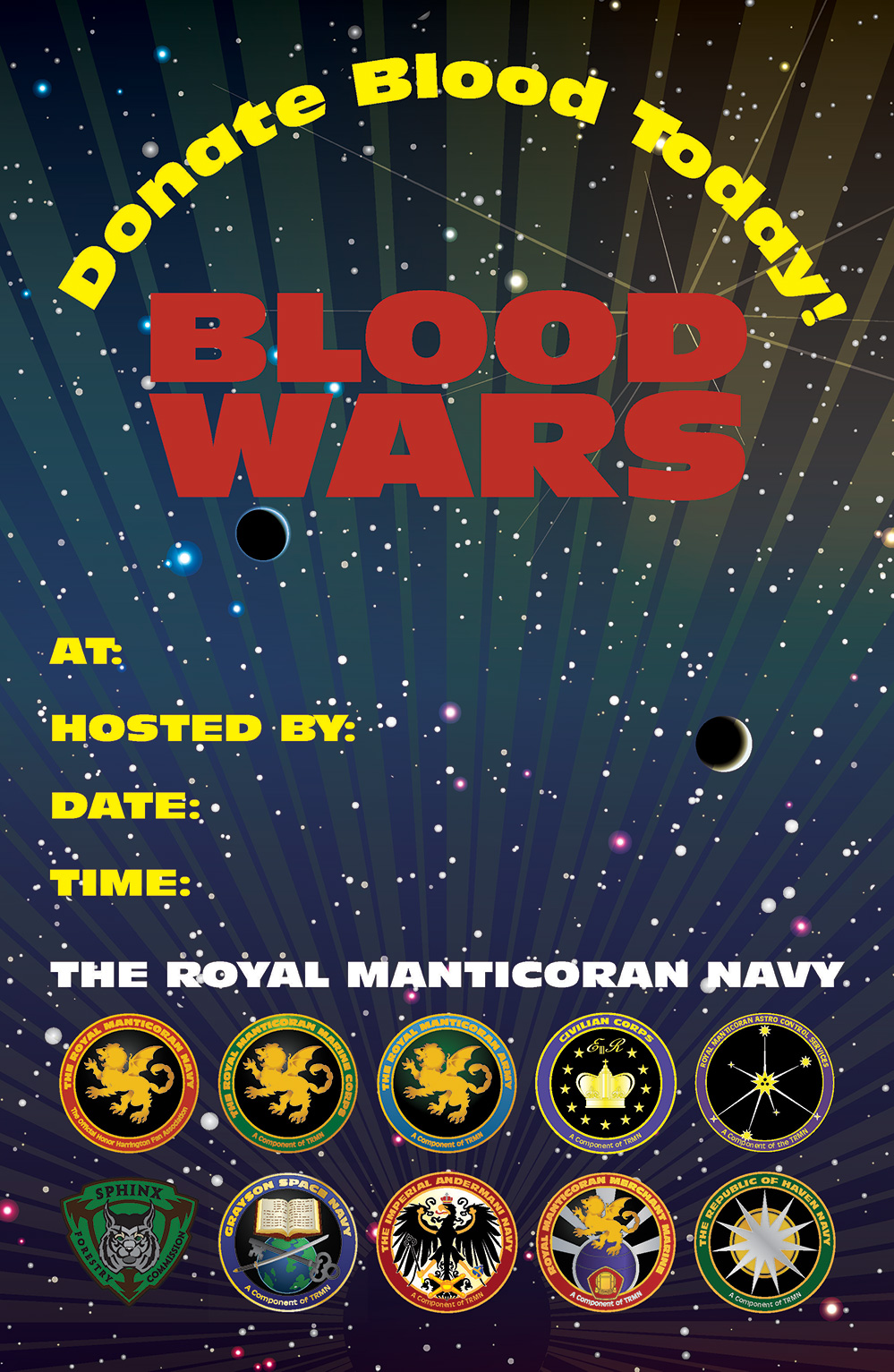 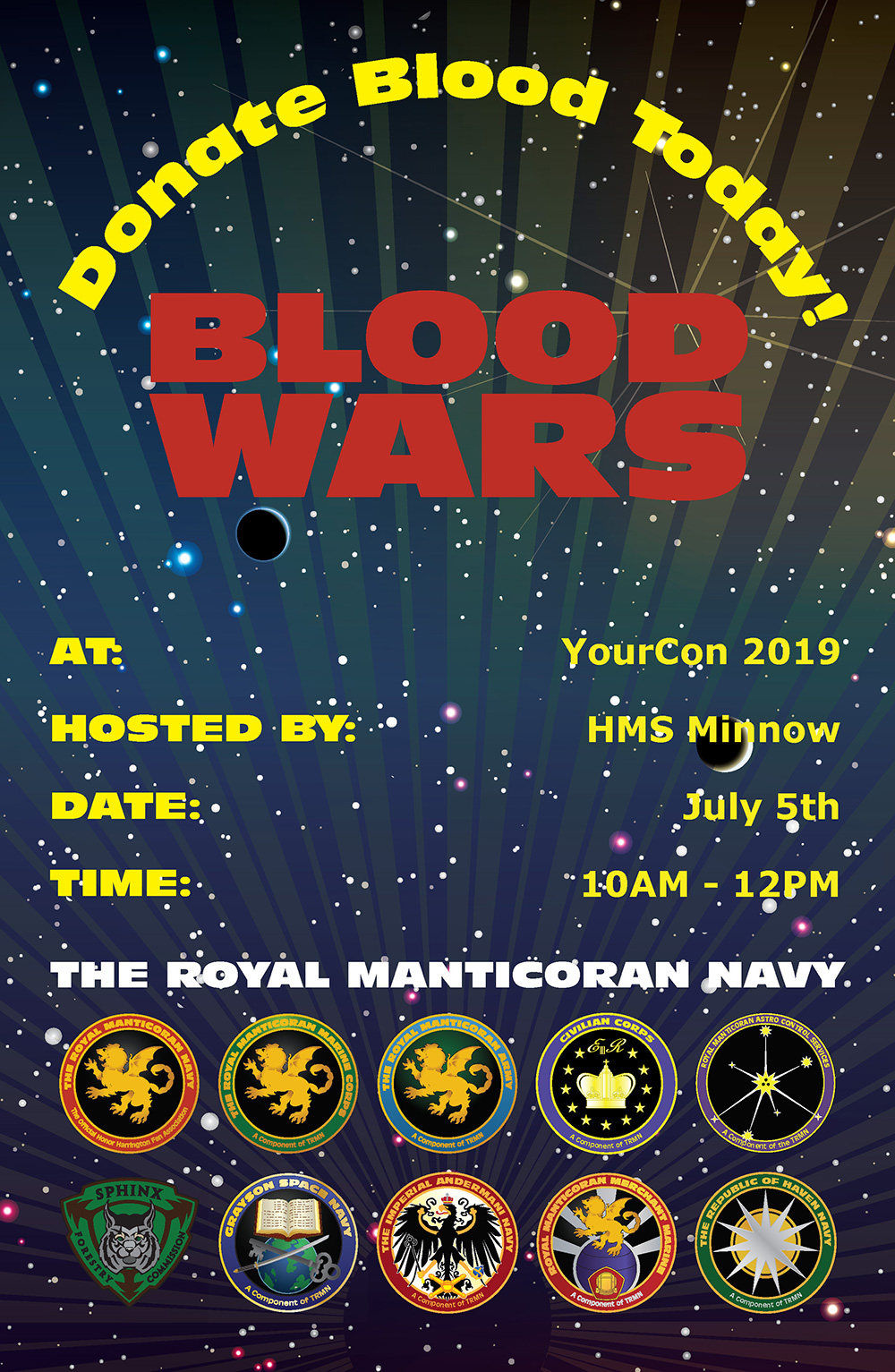 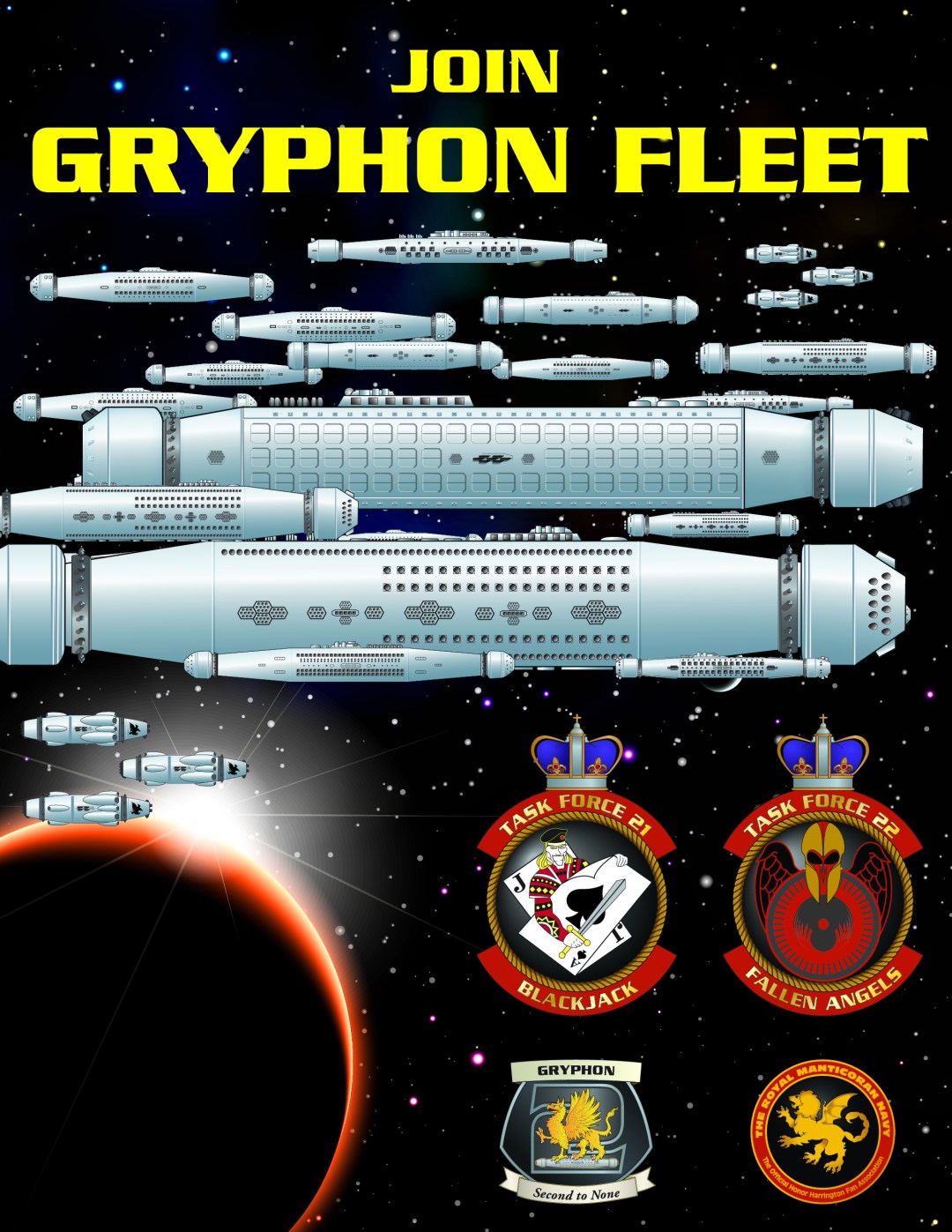 Have your ship, echelon, or fleet upcoming events promoted here!

We just need the event name and date sent to co@gryphonfleet.org! We want to promote you!

Posters like this are available (TF-levels are pre-approved!), as are Gryphon & Planet posters, and more! Send over a request and email, and your posters will be emailed (or cloud-drive links will be) straight away!

This is the second month in a row that we have seen a member of HMS Helen be awarded the Survivor’s Cross.

That this award is rare is good. I won’t hope for someone being hurt so I can get a ribbon. I will hope, as I hope you all do, that when we see something happen, we will act to provide assistance – ribbon or not. That is the tradition we uphold and aspire to live in, and I want to thank all of you who do, whether we know about it or not.

As we close out the year, it is good to remember that most of our Operational awards (HOSM, SAPCM, etc.) are once-per-year awards.

To check, hit the Award Announcement sub-forum, and search for the award name, then search those results for a name (last usually works). This is great way to avoid over-issue, award groups being rejected by BuPers, and, worst case, awards being revoked. No one wants that!

It just takes a moment, and can avoid a lot of unpleasantness down the road. 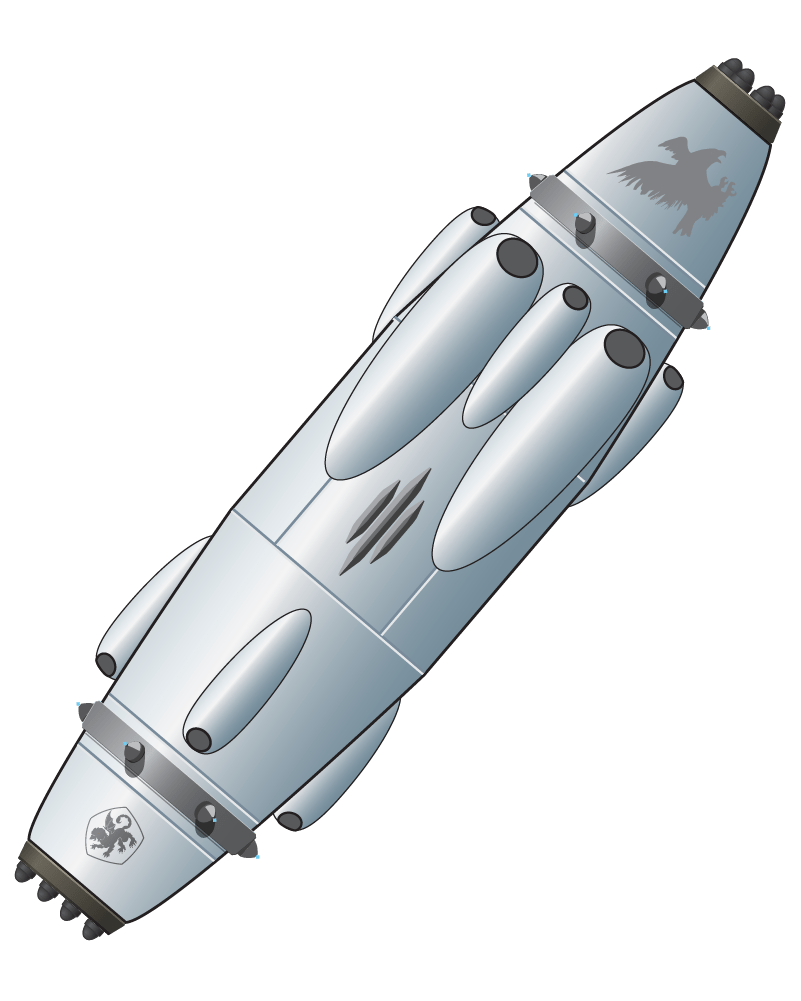 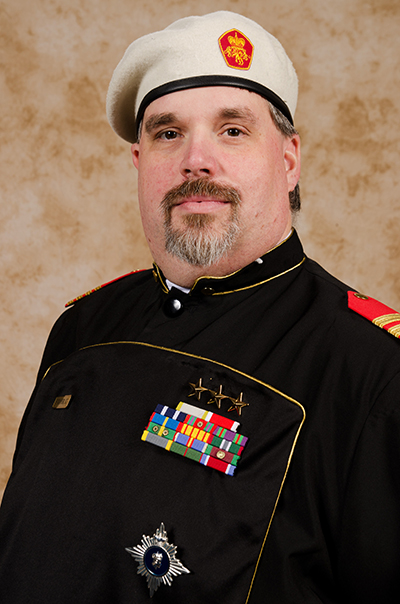 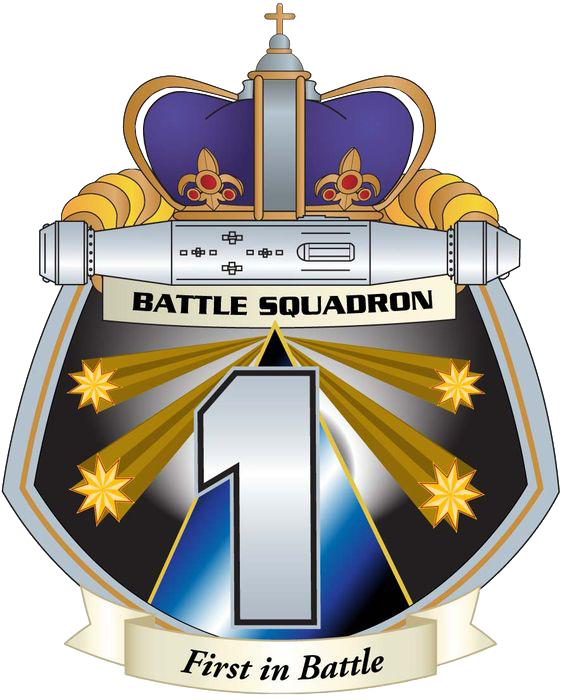