Happy Holidays to everyone. It has been a whirlwind year, and we have managed to come through not only intact, but better than when we started the year.

Our local focus on social capital and real preparedness, modeled on larger self-run groups, has resulted in a much improved reputation among both the Chicago fandom as well as the larger fandom community. How we approached Worldcon was the key driver here, and through this we we able to impress and show who we are.

We have also begun work on MARCON 2023, a convention one of our members took upon themselves to save from going under. His first choice was to secure David Weber as Guest of Honor, so we are planning to pull out all the stops and make this a convention to remember. Don’t miss this!

There will also be some major changes at MARCON, as I will be stepping down as Fleet CO, and taking some time on the proverbial beach. Of course, we will be doing this at an award ceremony, and loading the results up to all the online places, showing off the Fleet in all our finery. More to come on that in time.

So, thank you, Happy Holidays, and be safe! 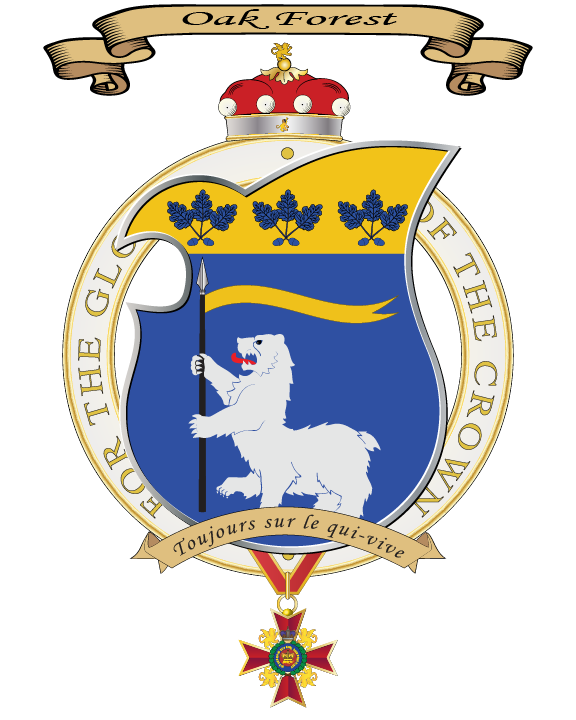 You are hereby directed and required to proceed aboard HMS Demon (CLAC-62), there to take upon
yourself the duties and responsibilities of Commanding Officer, relieving Captain Senior Grade Sir Samuel Walter Dietzmann, QCB, GCE, MC, KR, SC, OG, CGM, GS, QBM, CBM, RMN, in service to the Crown.
Fail not in this charge at your peril.

Based upon the requirements of the service for your new billet, you are hereby brevetted to the rank of
CAPTAIN JUNIOR GRADE, RMN.

The above directive is effective on this date, 12 November 2022.

The Bureau of Ships wishes to express appreciation and thanks to CAPT(SG) Dietzmann for his service as
Commanding Officer of Demon and wish him all success in his future endeavors.

In Service to Her Majesty, the Sovereign Queen of the Star Kingdom of Manticore, Elizabeth III,

This is a reminder that your Chapter and MarDet reports are due between the 1st and 10th of every EVEN numbered month. One thing I found amazingly helpful when filling them out was to use an online document (Google Docs, Word Online) to keep things organized as they happened. Then, when the reporting month hit, I could just copy and paste them into the reports form, and be done. No trying to remember what happened two months ago at the last minute!

And a reminder that Marksmanship submissions are due the 20th of the month, so we have time to correlate and get things set for the award issuance.

Marines – you now have a new online form to fill out for Bi-Monthly reports. The link is below. It will send the reports to your command triad, your Ship’s CO and to ComForceCom. Please use this form to send in your report that is due on the 5th.

As of the date of this Order, by my hand, and by the authority of the Sovereign, Queen of Manticore Elizabeth III, the following reporting requirements for all RMMC echelons will be required starting on January 1, 2023.

4) Exceptions to the above will be allowed on a case by case basis at the discretion of Marine Forces Command and, if possible, communicated prior to the start of the reporting period.

The below listed RMMC echelons have different requirements on the bi-monthly report form.

CORPS
CORPS are not required to fill in the “Ship Information” section of the bi-monthly report form.

Assault Shuttles
Assault Shuttles are considered a Marine Detachment for the purposes of reporting and are required to fill out the entire bi-monthly report form.

In Service to Her Majesty, the Queen!

From one running convention promotion to another! It’s all about the conventions in Second Fleet these days.

MARCON 2023 will be held in Columbus, OH over Memorial Day weekend, and is being run by a member of HMS Vixen. Honestly, this is kind of something I was wanting to explore for several years – a non-TRMN convention run by a TRMN member, so this is great!

What is Marcon? The simplest answer is a weekend of fun. It is where everyone that enjoys movies, books, music, art, science, and everything in between comes together in one place to watch, talk about, dress like, sing, and/or learn from like minded people, be they writers, actors, scientists, artists, professionals of all kinds, or simply fans. MARCON has been running since 1966, and I hope it keeps going.

Of special interest to us is David Weber as GoH. He was last the Guest of Honor 20 years ago, so it is time to return to Columbus for the weekend and show our support!

JUST ANNOUNCED! Register using the code TRMN and the convention will donate $5 towards our party room! Click below to get registered!

Here is the announcement that you all have been waiting for. We collected over $4,600 with which we were able to purchase over 625 bears. The final standings are as follows:

Congratulations to Third Fleet, they are this year’s Grand Teddy Bears. Thank you to everyone who participated and BZ TRMN for a job well done!!!

From: CO, HMS Vixen
RE: Showing Those Marines Their Place

It has come to my attention that COL Tizura, RMMC, has been narfing about the ship claiming that the ‘button pushers’ – that would be our noble RMN crew – are too afraid of getting our uniforms dirty to do the ‘real work’ of the RMMC. He claims that the Navy trembles at the sight of blood, and that we haven’t the courage to shed our precious bodily fluid for the glory of Her Majesty.

This affront must not stand! I call on all loyal subjects of Her Majesty’s Navy to join me in donating blood to support our local hospitals in need during this pandemic! Show these crayon-eaters that we can and will shed blood for a worthy cause (and not just for the 64 pack with sharpener)!

From: COL ‘Russian’ Tizura
RE: Time To Show The Navy What For!

The vacuum-suckers think they have the courage to stand with us on the field of honor! They claim to not fear the sight of blood, and that they will easily donate more than our Marines.

Not likely! Marines lead the way, and we will in this as well. As you know, there has been a shortage of blood this year due to the ongoing pandemic. We all need to do our part! So I am calling on all of us to part with a spot of the kroovy and help our fellow citizens!

Now get out there, and prove yourselves! We are MARINES, and used to having holes poked in us!

As the pandemic as been ongoing, blood donations have dropped. Sadly, the demand for blood products has not. In order to assist the hospitals in our operational area, I am pleased to see this friendly (it is friendly, right…) competition between branches.

Between December 1 and December 31, donate blood and post a photo of you doing so to the HMS Vixen Discord (https://discord.gg/QynkCaUQ6P in the #blood-wars channel). Preferably in uniform of some kind. If you are not RMN or RMMM, pick a team to add your donation to. There will be an award for all who donate, and a higher award for the team who donated the most.

If you can donate COVID plasma, and do, please say so. I will track that separately.

If you cannot donate blood, and can support the mission of your local blood bank in another way, post that too. Thank you, and let’s be about it! 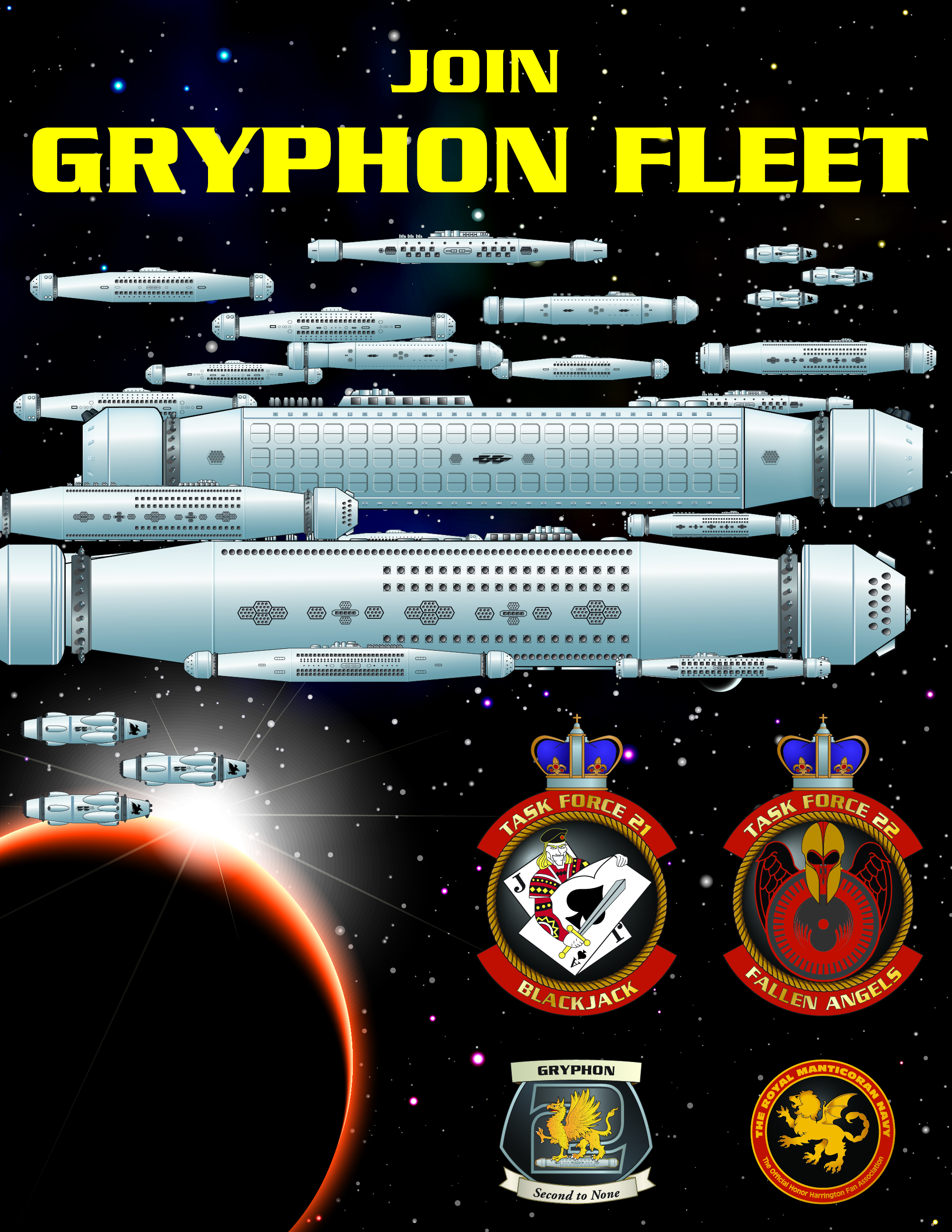 The Bureau of Planning is excited to announce the launch of ConStack. This cooperative project between BuPlan and BuComm is now a fabulous new tool that puts information about over 2,000 conventions at your fingertips. All members of TRMN and the public can view ConStack at:

If you see that an event is missing or has incorrect information, contact your Fleet’s BuPlan Intel Agent or Branch Liaison and they will get it updated.

On May 23rd we launched the Gryphon’s Wings Fleet Relief Project. The response has been overwhelming, and I am humbled by the generosity of our members.

We are currently in the midst of a Global pandemic. However, while we are all in the same storm, we are navigating the waters on different ships. Sometimes these waters will be more than we can handle on our own, and we need an extra hand on deck. We want you to know that the 2nd fleet is here for you.

To that end, we are asking for donations to create an emergency relief fund to be used for TRMN 2nd Fleet members. This fund’s target is to provide immediate short term relief of an urgent crisis. For example: Sending someone grocery money for a weeks worth of groceries (as a lot of food banks are running out of food, short on volunteers, and closing), providing gas money for a week so someone can still travel back and forth providing care-giving to a family member, covering the co-pay cost of a doctors visit, and other small emergency expenses. Anything helps. I am asking for a $5 monthly commitment – the cost of a Starbucks coffee – to assist. Please join me, and those who have already donated, in making TRMN more than just a fan group. Click here, or the banner below, to donate. Meet the Test.

At the same time, we know some are being affected by the effort to combat the virus,including job loss, other reduction of income, medical difficulties, etc. This can result in a tough choice between shelter, transportation, food, or medical care. That is an impossible choice no one should be required to face, and we want to help how we can.

To apply for a Visa Gift Card for you or another member, please click here.

Only the 2nd Fleet CO will see who the requester and/or the potential recipient is.  This will never be held against you in any way. We don’t ask for or expect repayment. This is not charity, we are simply keeping the RMN tradition of seeing that a Queen’s Navy is well rested, well fed, and healthy before going into battle. And this is a battle where victory will be measured in not just survivors but in the quality of that survival.

Ranks on awards are listed at the time of award, and may have changed by publication. 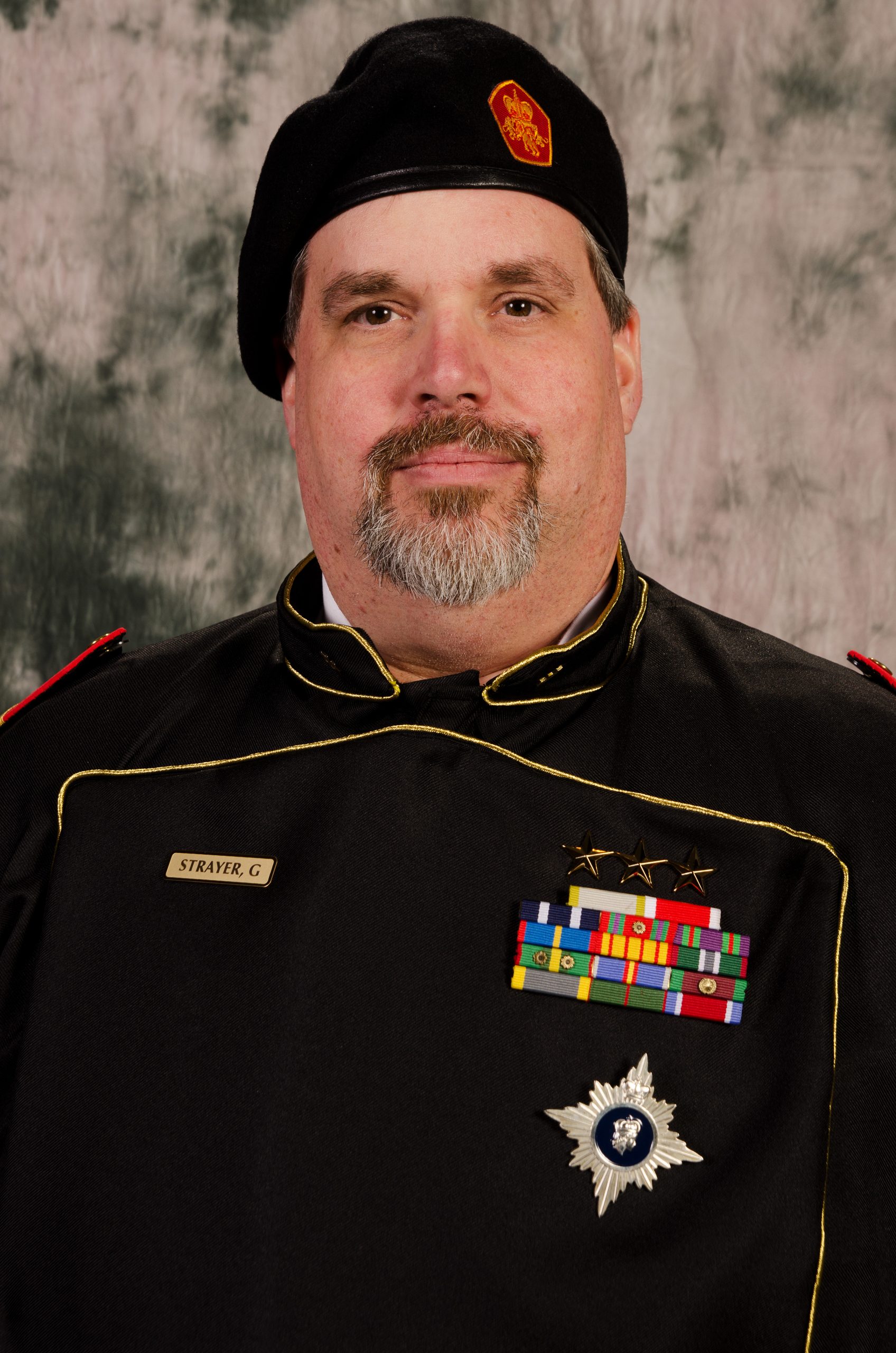